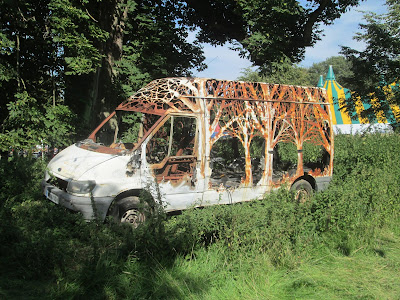 And the scriptures set for Matins yesterday brought us round again to the familiar call from Micah 6:

He has told you, O mortal, what is good;
and what does the Lord require of you
but to do justice, and to love mercy,
and to walk humbly with your God?

Most of what our state chooses to do has to be shaped by treaties into which we have freely entered and from which we can freely withdraw (in each case, aware of some of the consequences and unaware of others).  For example, we are involved (and will soon not be involved) in the European Union’s provisional free trade agreement with the South American Mercosur countries, a treaty which would oblige the various partners to observe international climate justice agreements, and we may be about to exchange that position simply to be obligation to be subject to World Trade Organisation terms of trade instead (the result of a different treaty, and, ironically, a body the membership of which is not determined directly by the general electorate); this is all in part so that states don’t take competitive advantage of each other by preferential or punitive terms or by acting less justly to workforce or to planet.

In these circumstances, what is the assertion of individual sovereignty fundamentally about?  Is it that my state should have freedom to act as it likes – for example, simply to assert its power by the imposition of tariffs on other sovereign states or its lack of power by acquiesce to trading conditions set by other individual sovereign states, free to dominate where it can and free to find itself dominated where it cannot?  Or might the over-ruling (sovereignty) we seek be a shared search not to take advantage of each other, to agree fair remuneration and safety for workers and reduce our harmful human impact on our environment – to do justly?

Our state is set in the middle of unavoidable tides of population growth and movement.  A cartoon which sticks in my memory would serve as an example – people being sucked up from a third world cityscape into a hovering machine from which emanates the reassurance “Don’t worry – it is only your midwives, engineers and IT specialists we are taking”.   Meanwhile, those who are told to ‘go home to the country you came from’ (in a Presidential tweet, chanted by a mob, shouted at them in the street, blazoned by the Home Secretary on the side of a bus, hinted at  in plain sight in forms like ‘they are taking over our schools’, sneered behind their backs, in formal expulsion notifications) do not have in common that they are migrants or the children of migrants and do not have in common that they are less assimilated into local culture than those whose home here is never questioned in this way.  They do have in common that they are visibly part of either an ethnic or religious minority.  They may have served in the armed forces (or be unemployed) or be married to a Prince (or single) or support a local baseball or cricket team (or have a sporting hero from another country) or have spent their whole working life working in a caring profession while paying taxes (or not).

In these circumstances, what are controls on migration fundamentally about?  Is it that I should have as much freedom of movement as can be managed (perhaps for holiday, business or retirement living) while those unlike me should not?   Is it that I should hold to myself and those like me as much security and resources as I can set a boundary around?  Or might the movement possibilities (migration control) we seek be a search to move in tiny ways towards partial solutions to the hard problem of how to be slightly less inequitable in the midst of the climate and resource crises in which we live – to love mercy?

Our state contains many who are left behind in all this.  The example frequently and helpfully identified is those who have seen the most recent traditional industries decline around them, who have felt very little ‘trickle down’ prosperity take their place, and who do not perceive political processes around them as being concerned with any of this, communities whose plight is only now beginning to be more visible as they find the political possibilities to be heard (it matters not whether this is by calculated targeted political views or by desperate lashing out).  But this is only one feature - many more are not so visible, those unable to work because their possible asylum status is still being explored, those whose minimum wages from work caring for the people with dementia or cleaning our most prosperous business premises requires them to work in two jobs to afford basic living in our capital, those in the process of benefits reallocation or who have been sanctioned to live for a few weeks on no income.

In these circumstances whose voices should we be amplifying and heeding concerned at their vulnerability and non-inclusion (anger for those being left behind)?  With an awful realisation about the extent to which our prosperity is predicated on others desperation, alongside and aware of whom should we be developing our opinions and policies – to walk humbly?

The picture is from Greenbelt.
Posted by Peter Mullins at 08:12