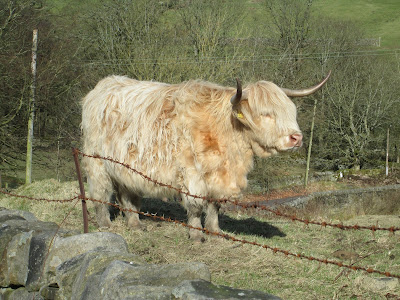 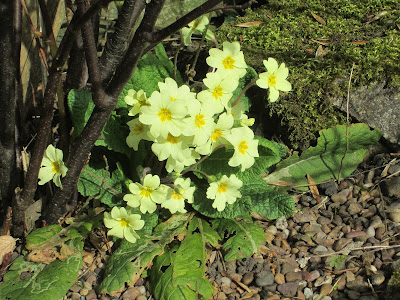 As Government buildings begin to fly the Union Flag daily to enhance my sense of heritage, identity and unity, here are a dozen less well known perspectives on the United Kingdom.

1.  The census form I have just completed asked me to self declare my perception of my national identity – but being a citizen of the United Kingdom of Great Britain and Northern Ireland wasn’t one of the options offered in the drop-down menu (although, I suppose I could have written it in under ‘Other’).  Whatever it may say, at a fundamental level, the United Kingdom government doesn't expect me to perceive my national identify as being UKish - in fact there doesn't even appear to be a need for a word for it.

2.  The British Isles has eight quite distinct areas of national Government.  Four make up the United Kingdom of Great Britain and Northern Ireland (England, Northern Ireland, Scotland and Wales) and four do not (the separate sovereign state of Ireland and the Crown Dependencies of Jersey, Guernsey and the Isle of Man, the latter having a parliament more ancient than that in the other seven).

3.  The United Kingdom only formally came into being in 1707, and its boundaries have changed twice since then (in 1801, when the present form of the Union Flag was created, and in 1921), with subsequent creation of different forms of partly devolved government in Northern Ireland, Scotland and Wales, so it is only three hundred years old and has changed and developed a lot during those years.

4.  England, Scotland and (Northern) Ireland are represented by crosses on the Union Flag, but Wales is not represented on it at all; its political absorption into English government predates by centuries the Eighteenth Century creation of the United Kingdom.  Similarly, the present royal coat of arms has English, Irish and Scottish sections, but no Welsh section.  Nevertheless, Wales has retained a separate national identity and has by far the highest occurrence of bilingualism - although the use of its language within the United Kingdom parliament, while no longer forbidden, is heavily circumscribed.

5.  The first experiments with the earliest form of the Union Flag predate the formation of the United Kingdom and included a version for use in Scotland which placed the Scottish cross on top of the English cross, but the dominance of the English cross soon became normative.  Neverthless, Scotland has retained not only a separate national identity but also things like its separate legal system.

6.  The Good Friday Agreement (the most recent flexing of the shape of United Kingdom government)  is designed to cope, among other things, with the self identification of many citizens of Northern Ireland as Irish.  A single Irish national jurisdiction hasn’t existed for a hundred years, nevertheless the Irish Rugby team which defeated England last week had citizens of both the Irish Republic and of the United Kingdom playing together, and the Anglican and Roman Catholic churches both have dioceses with parishes on either side of the national border.  The United Kingdom Government will not be requiring the flying the Union Flag on its buildings in Northern Ireland.

7.  Our Government strongly protests at new Chinese laws requiring members of the Hong Kong Legislative Assembly to swear loyalty to the one party Chinese state, but it still excludes from the United Kingdom parliament those elected by a majority in any constituency who will not then swear loyalty to the United Kingdom crown – and seven Northern Ireland constituencies are at present unrepresented for this reason.  You cannot be an elected representative in either Hong King or Northern Ireland if you do not swear loyalty to the state structure you have been chosen to oppose.

8.  There are levels of self identification in England as ‘northern’.  If the three economic regions of labelled ‘North East’, ‘North West’ and ‘Yorkshire and the Humber’ (roughly everything in England north of a line from Chester to Cleethorpes) were a separate country it would have a population larger than the seven jurisdictions (with their variety of assemblies and parliaments) of Guernsey, Ireland, Isle of Man, Jersey, Northern Ireland, Scotland and Wales put together.  Notwithstanding Conservative gains at the last General Election, a gathering of all its United Kingdom MPs would have a significant Labour majority.  Most of its citizens would live closer to the meeting place of another assembly or parliament in Belfast, Cardiff, Douglas, Dublin or Edinburgh than to the United Kingdom parliament in Westminster, many of them closer to more than one.

9.  There is no English parliament or devolved assembly.

10.  United Kingdom Government Ministers (and many, many others) continue to fall into the trap of saying ‘Britain’ and ‘British’ when referring to the United Kingdom of Great Britain and Northern Ireland – even today one did so while talking about the importance of flying the Union Flag to enhance our sense of heritage, identity and unity.

We stopped being a "United Kingdom" many years ago, so this flying the
Union flag is a retrograde step. If we must fly a flag in England let it be the St George flag.
I for one am English. Or to be more accurate, a quarter Irish, a quarter French and half Derbyshire.