Of indifference and hostility? 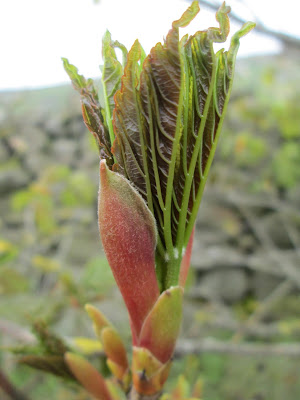 Let me think what I’m not seeing said about the Hartlepool by-election.

There will be so many factors behind this drop in support, so drawing conclusions would be very difficult; there would certainly be less urgency to make the ‘Get Brexit done’ point in 2021, and being habituated to Covid restrictions may have kept at least some supporters at home.  But it really doesn’t look as if there was a groundswell of previously non-Conservative voters saying to themselves ‘a Brexit-supporting leader, wonderfully unconstrained by restrictive conventions, who can bulldoze and thus get things done, now gets my vote’.

So, given the Conservatives didn’t exactly win it, it is Labour who certainly lost it.  All Labour would have had to do was to turn out a quarter of the registered electors to vote in its favour and they would have kept the seat.  But they only achieved about half this.

Given Labour’s habitual and principled residual committed support must run at something like this level, this is even more astonishing than most commentaries have observed.  It must mean that almost nobody outside a committed Labour core was motivated to say to themselves ‘what Labour is saying makes compelling sense to me’ or ‘the Labour leader’s forensic demolition of the Prime Minister’s lies and incompetence motivates me to get alongside him’.  Even if all of the commentators’ suggestions about factors which might have contributed to this may have truth about them, it remains hard to see how they adds up to anything like this astonishing level of disconnect from Labour (or at least from Labour as encountered in such a place).

Perhaps therefore the winners were the totally disconnected.  The 2015, 2017 and 2019 turn outs were not brilliant but ran between 56.8% and 59.2 %, averaging of 58.0%.  This time it was less than three quarters of that at 42.7% - perhaps 10 725 missing votes compared to 2015-19, people who were not just failing to vote Labour but failing to vote at all.  It needs to be shouted that well over half the registered electors did not participate.  And nobody seems to be worried by this level of democratic deficit at all (perhaps least of all the party and its dominant media supporters which can gain an MP with the active support of not much more a fifth of the registered electors).

Meanwhile, the most consistent of the commentators’ suggestions is (and this is an almost direct quotation) Labour was more concerned about Palestine, Black Lives Matter and transgender rights than the issues which mattered to the missing voters.  But this doesn’t explain why a Labour party which focussed on South Africa, women’s equality and gay rights retained their support in the past.  Is it worth at least asking why that is?  And is being ethnically cleansed, racially abused and victimised for one’s sexuality an acceptable new normal which everyone now is invited to agree doesn’t matter (unless one lives in a self indulgent out-of-touch woke liberal backwater)?

For the Batley by-election coming up, the almost direct quotation earlier today is that too much attention has been focused in that multi-cultural constituency on those not like us (asylum seekers, migrants and refugees) which seems to be the same thing in spades.  Does anyone think it matters if Jo Cox’s constituency is set up to be a place in which accepting the electoral advantage of living out the hostility of our environment is assumed?
Posted by Peter Mullins at 20:16

Have always believed that voting should be compulsory...but how would this be policed? Voter apathy is the bane of this country, if all those who loudly complain about the government actually voted then differences could be made. 'Doesn't matter who you vote for, just so long as you vote'.....will now get off my soap box.

Did you know, we are to get a new Curate in June. And the Team Vicar is away on Sabbatical. God Bless Peter

Happy Birthday Peter for the 12th...

Thanks for both messages, Joy. Particularly glad to her that the Team will be working with a Curate again following Jan (mid-1990s, before my time), Paul (Church Army), Sue, George and Alex.