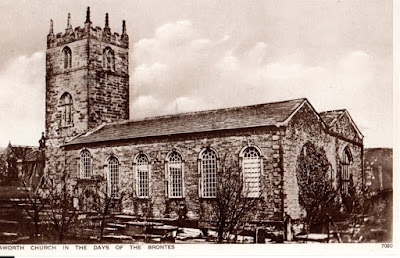 Matthew’s opening verses state Jesus’ descent from Abraham and David, and set out a line of descent from them until Joseph (Abraham begat Isaac, and so on, in over forty steps).  It is increasingly noticed that four times it includes additionally the name of the mother, and it intrigues some of those who notice this that the circumstances of each conception was, in some way or another, scandalous.  In drawing people’s attention to this last week, I gently offered some parallels from the current news.

Matthew is clear that Joseph has no union with Mary before Jesus' is born, yet the line he traces is that of Joseph.  It may simply be that Matthew does not share our understanding of genetics.  An adopted son, or a child fathered by a younger brother on behalf of a deceased older brother, each might be seen as the real son of the father who had not helped conceive him or her.

Judah fathers Perez by his daughter-in-law Tamar, who had disguised herself as a prostitute to trick him into sex.  The death of his son, her husband, had left her at the mercy of his family.  They had consistently prevented her from then having children by any of his other sons.  Judah was all for having her burnt to death, but comes to see that ‘she is more righteous than I’ (Genesis 38.26).  The newspaper story is of a woman whose punishment for a crime against her in-laws had been mitigated because she had been the subject of coercive control by them.

Salmon fathers Boaz by Rahab, genuinely a prostitute, who had sheltered the Jewish spies in Jericho and whose family was thus spared when Jericho (literally) fell.  The line of descent thus includes both those who entered the ‘promised land’ and the Canaanites who already lived there.  The newspaper story is of the attempted defence of genocidal ethnic cleansing of Rohingya and Kachin in Myanmar.

Boaz in turn fathers Obed by Ruth, who had also been widowed and who had come to Bethlehem with her mother-in-law who came from there.  She is a Moabitess who has to glean in the fields to have food.  Obed’s son Jesse (often presented in Christian art literally as the root of Jesus’ family tree) thus had one Jewish grandparent, one Canaanite and two Moabite.  The newspaper story is an unbroken continuation of the Windrush story – a young women brought up in this country rendered homeless because her parents could not produce British passports.  It might have been of asylum seekers going to Food Banks or having commitments to them removed from the new version of the EU Withdawal Bill.

David fathers Solomon by ‘the wife of Uriah’.  Bathsheba, who had caught the King’s eye and been summoned to his bedroom, is not named.  The King had actually compassed Uriah’s death when his attempt to conceal Solomon’s older brother’s parentage failed.  The newspaper story is a continuation of the Me Too story – a young actress summoned for an audition which turned out also to be in the Director’s bedroom.

It is impossible to be sure what was in Matthew’s mind.  On the one hand he is clearly setting out Joseph’s and Jesus’ unambiguously ideal male parental line – pure bred, pedigree.  On the other hand he has Joseph descended from both the ethically cleaned and the ethnic cleansers, from Canaanite and Moabite stock, from among the abused and exploited; it weaves everything from genocide to the instinct for honour killing into the story.

Does the following sentence ‘now the birth of Jesus the Christ took place in this way’ (Matthew 1.18) belong not as the introduction to Mary’s story but as the conclusion of this ancestral tale – ‘the circumstances of Jesus’ birth is the next consistent part of this story’?

Does the careful description of Joseph facing his dilemma as a ‘righteous man’ (1.19) actually root him as the descendant of not only righteous Tamar but of a string of foreign and sexually compromised righteous women?

What Matthew himself cannot have intended, but what I valued noticing, is that Joseph is aware of such circumstances being one of ‘disgrace’ (1.19) and one if which he is ‘afraid’ (1.20) - so when John spells this out as ‘full of grace and truth’ (John 1.14) the impact of grace is so much more powerful (poured out on those who know what disgrace means), as is truth when it charts the way for those who are afraid to do what is right.

After preaching some of this on the Sunday before Christmas, my eye lit on the painted list of incumbents – my respectable heritage (Peter Mullins, in line from William Grimshaw and Patrick Brontë).  A closer examination reveals Commonwealth and Restoration expulsions at the top of the board and a single belated female name near the bottom.  I’d guess that there are stories of neglect and perhaps even of abuse not made clear at least somewhere on the board as well – recent news stories would make this seem likely in many parishes - and I am simply an inheritor of it all equally rather than a self-flattered holder of a distinguished office.

The picture (an old Brontë Society postcard reproducing an earlier photo) was part of a Christmas present.  The old decrepit single clock and face removed in 1868 is absent.  The new clock and faces installed in 1870 and the heightening of the tower to accommodate them are also absent.  I wondered whether this indicated an 1869 photo - but local historian Steven Wood tells me that it is actually a doctored photo from the 1870s seeking to recreate what the church would have looked like in the Brontës' time but forgetting to add in the old clock face.
Posted by Peter Mullins at 16:36

Peter,
Jesus is not Joseph's son, so this is not his blood line. Jesus is God's Son, an Immaculate Conception...so to be more accurate, Jesus can be said to be of Mary's blood line.

Happy Christmas, Joy. I've added an extra paragraph early on to tackle that issue - as well as making some corrections on the way.

Hope all well with you both.