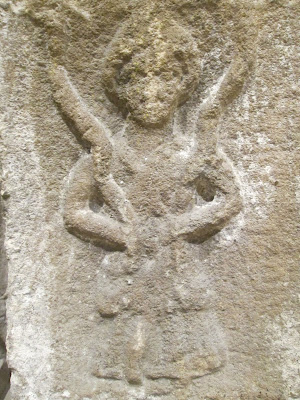 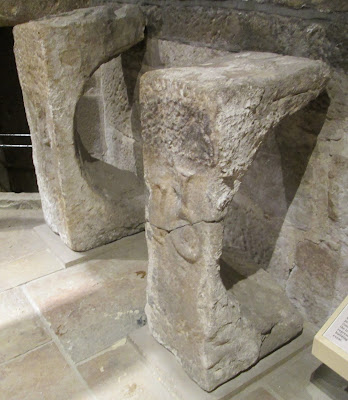 I would travel a great distance to see the sorts of treasures in All Saints’, Ilkley, so it is beyond absurd that, until now, I haven’t travelled the short distance across the moor to see them.

The church is built within the site of a Roman fort and was founded at the very beginning of local Christian life in the seventh century.  Windows in what may well have been the first stone church were of reused Roman stone.  The first picture shows the pagan carving on a Roman altar.  The second picture shows this and a similar stone with the window shapes cut into them.  The windows would have been at ninety degrees. 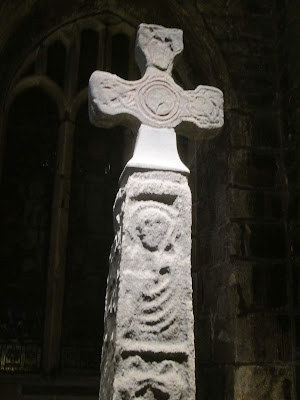 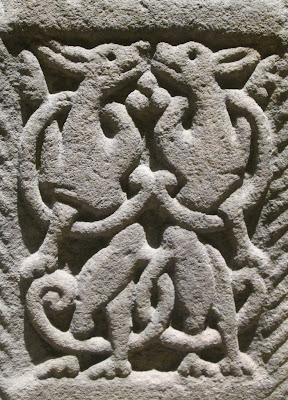 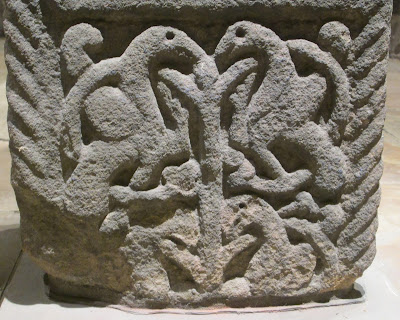 And eighth century stone crosses also survive.  The first picture shows one – the head and main body actually come from different crosses.  The bottom two picture show details of the carving on it.


If Ilkley’s church was a seventh century foundation, how much later was Haworth’s less than ten miles away?  We have no idea.  I speculate that ‘there has been worship on this site for at least a thousand years’ and add ‘a site with hill, springs, and a St Michael dedication can indicate Christians taking over a pagan site' and, although there is absolutely no direct evidence to back this speculation, the survivals at Ilkley hint that something like this is indeed possible.
Posted by Peter Mullins at 17:37