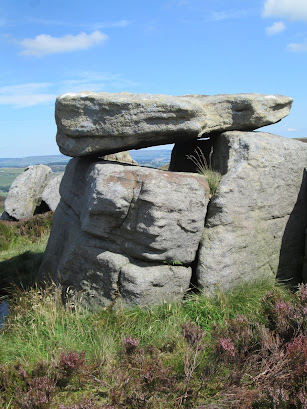 From time to time (most recently for special services for Remembrance Sunday, Haworth 40s Weekend and the anniversary of VE Day) I have chosen to have sung I vow to thee my country or Jerusalem.

Some regular church goers find including these hymns in worship deeply problematic  - and I’ve suggested before that most people recognise one of the chief lessons of the wars of the Twentieth Century to be how positively dangerous ‘love [of country] that asks no questions’ is.

Others, seeking the church’s hospitality and support to remember those who have been killed in the ambiguities of war and opposition to tyranny, are puzzled at any church’s censorship of patriotic material which appears in at least some church hymn books.

So what I often do is introduce the hymns in their obvious religious context, spelt out clearly in the second verse of I vow to thee my country (where the vision of the kingdom of God is that ‘there is another country... and all her paths are peace’) and allusively in the second verse of Jerusalem (where Revelation’s vision of a new Jerusalem is echoed by ‘I will not rest... until we have built Jerusalem’).

But I’ve now re-visited for the first time in years the image of the page of William Blake’s handwritten preface to Milton on which Jerusalem appears.  I’d simply forgotten how the poem sits beneath an excoriation of the political and cultural leaders of his day (including, as it happens, the Eton/Westminster and Oxford educated Prime Ministers of the time) and their captivity to classical studies rather than biblical fidelity.

Looking again, I see that the first verse is not actually, as I sometimes too gently suggest in my introduction to it, merely rhetorical.  There is no hiding from the fact that it is actually savagely and sarcastically satirical.  It is really saying something like “nobody could possibly be stupid enough to think that this country is built on Christian values - or that the basis of its commercial innovations and wealth has been anything other than diabolically exploitative”.

The second then has to mean “stoke my zeal and revolutionary commitment to overthrow all this”; Blake was himself even once put on trial for sedition.

And placing a quotation from Numbers at the bottom of the page (“If only all the Lords’ people were prophets”), something I think I did vaguely remember, cannot in context mean much short of “If only more people were woke”.

Which makes it an interesting choice for singing at the party concert concluding the annual season of radically accessible concerts in the Royal Albert Hall each year.

Which sort of brings me to Rule Britannia and Land of Hope and Glory, not habitually chosen for our special church services, nor even printed in any of our hymn books, but which both also claim a  religious position (less than biblical, Blake would notice) that it was Guardian angels who commissioned Britain to rule, that God intended and created the nation’s strength.

Having significant and amplified voices suggest that it is scandalous that these words might not be sung at the party concert might, to say no more, give a hint as to why our present negotiations about our future trade relationships with our neighbouring countries are not going quite as swimmingly (as ‘oven readily’) as we had been encouraged to believe they might do.

Not, ironically, that many people would be listening.  I’m not sure people have really realised quite what a small proportion of the nation’s population now hear or watch (as, to be clear, I very often do myself) the Boat Race, the King’s Carol Service, the Last Night of the Proms or (with the notable exception of her most recent special broadcast) the Queen’s Speech.  Or, to be honest, adhere closely to the Church of England.

The very act of still treating any of them quite as emblematically as they once were, and the periodic sometimes apparently manufactured controversies about the dire implications of alterations to any of them, must actually be the things which a modern Blake would have enjoyed ridiculing most - as he would undoubtedly would have trumpted a glorious welcome for fresh zeal in a nation noticing how differently history reads when it is the victims rather than classical heroes and their champions who are placed on our pedestals.

What an interesting 'can of worms' you have opened Peter.

On a personal note, I do not sing "Stand Up, Stand Up For Jesus", as a pacifist I find that it is rather too 'gung ho' about war for my taste , at first sight you would think that "Fight the Good Fight" was 'war like, and it is, but in a different context.

Now will I ever look at hymns in a benevolent light again?

Hope you both keeping well? Regards to Deborah