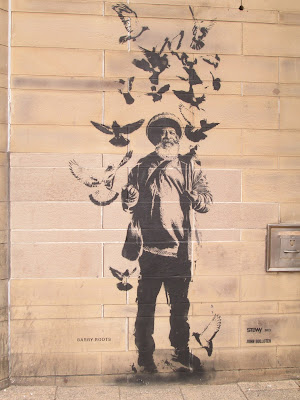 I’ve looked at the actual figures for a third recent by-election and I can’t work out why the substantial fall in voter turnout is not being widely discussed.

There is now a Conservative MP for Hartlepool, a Liberal Democrat MP for Chesham & Amersham, and a fresh Labour MP for Batley & Spen.  They and their supporters will be pleased.  But is it the disconnected whose size of the vote surged in all three by-elections.

The pictures are both public artwork close to each other in central Bradford.

....and it is the people who don't vote who moan loudest about the government